In Nottingham, there are now 3 different types of of licensing in the Private Rented Sector. Mandatory HMO Licensing (for large traditional shared properties), Additional Licensing (for smaller shared properties) since August 2018 we now have Selective Licensing, that essentially covers the vast majority of privately rented residential property across the whole city authority. (briefly we also had a 4th variation of licensing, S257's, but this scheme has now been retired and the properties within it have now become Additionally, or Selectively Licenced - I hope you're keeping up!)

In January 2017 Nottingham City Council launched a consultation on a citywide licensing scheme that would have seen every privately rented home in the city licensed. This included everything from studio flats in the city centre, right up to family homes in the suburbs. The scheme was deemed the solution to poor property standards and tenant anti-social behaviour, and after a last minute pruning of the size of the scheme it was given the go-ahead by the Secretary of State for Communities & Local Government in February 2018 and was hurriedly rolled-out on August 1st 2018, taking in over 30,000 homes across the city.

The fees for the scheme have had consistently moving goalposts, and at launch were set at £780 per property. There were discounts for accredited landlords, that could bring the cost down to £520.

As well as the £780 fee, landlords also needed to pay for DBS checks, Electrical Condition Reports, a Floorplan, and an updated EPC if they don't already have them. Landlords will also need to provide proof that they have attended at least one days formal landlord training, even if they use a licensed & accredited agent to manage their properties. (The requirement for DBS checks, ECR's, and Floorplans were dropped at the eleventh hour - after thousands had been produced!)

In 2020, less than two years after the launch of the scheme, Nottingham City Council increased the Selective Licence fee to £890

The latest information that we have on the scheme can be found here.

What is an HMO?

A house in multiple occupation (HMO) is a building or part of a building occupied as a main residence by 3 or more people that form 2 or more households.

Households can be one person or several people provided that they are related to each other, including cousins, grandparents and stepchildren as well as partners living together. E.g. 1 brother and 1 sister = 1 household. 1 brother, 1 sister and 1 friend = 2 households. 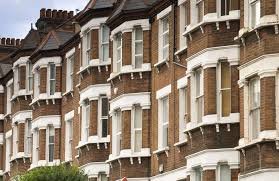 In Nottingham, before 1 January 2014, HMO licensing only applied to HMOs which have 3 or more storeys* and are occupied by 5 or more people, from two or more households. From January 2014 however landlords with properties within a very speciic area were required by Nottingham City Council, to have an HMO licence if their property was rented out to 3 sharers that were not part of the same household. Landlords that fall into this scheme will need to re-licence their properties in January 2019.

As part of the Additional Licensing program, Nottingham City Council also included buildings that are classed as Section 257 HMO's. These are buildings that were formerly one residence that had been split into flats and did not meet 1991 Building Regulations at the time they were converted. The stipulation for a building to be classed as a Section 257 HMO is that less than two thirds of the building are tenanted. At the time of introduction, Nottingham were the only authority to include S257's in their licensing schemes. Section 257's were consolidated into either Additional or Selective Licensing in 2019.

Why do we have Licensing?

Licensing is designed to improve housing standards. Nobody can argue that the standard of some rental property falls below par, and licensing is one of the tools that local authorites use to tackle it. That said, local authorites have an array of powers that they could implement to insist that property standards are improved, and there is a great degree of concern amongst landlords that adding yet more fees and bureaucracy to the PRS is primarily going to drive up rents, rather than standards.

The PRS in Nottingham is one of the most tightly regulated in the country, and potential landlords need to be make sure that their properties meet strict planning & licensing criteria before they consider purchasing.

Unfortunately, Nottingham, like any other city, has a small element of illegal landlords renting out properties that fall well below an acceptable standard, and blanket licensing schemes are the preferred method to tackle it.  That said, these 'Rogue Landlords' as they are called are few and far between, and the vast majority provide modern, well maintained homes that are enjoyed by an increasing percenatge of the population.

If you have a question about licensing, or you are considering purchasing a house that falls into one of the licensing schemes, call us today. Purchasing a property that cannot for some reason be licensed, can be a very costly experience....